Carter Media Group is excited to work with Attorney Gerald A. Griggs and Georgia Lawmakers to bring awareness to legislation involving police accountability in Georgia. See the story below: 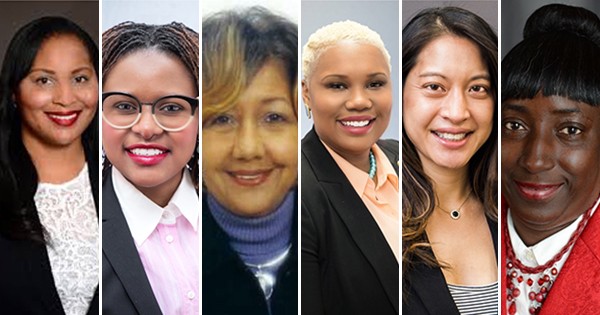 Atlanta, GA — Six female Georgia lawmakers have taken historic action by filing a bill that requires all state and local law enforcement departments to create a ‘use of force’ database that is accessible by the public. The Use of Force Act (House Bill 636) was filed by State Representatives Renitta Shannon, Sandra Scott, Erica Thomas, Pam Stephenson, Park Cannon, and Bee Nguyen.

The Bill comes on the heels of a considerably large number of high profiled officer-involved shooting cases in Georgia. The names of the victims include Jimmy Atchison, Veltavious Griggs, JaMarion Robinson, Caine Rogers, DeAundre Phillips, Nicholas Thomas, Anthony Hill, Alexia Christian, Kevin Davis, and many others. The cases of Atchison and Griggs were both heavily featured on BET’s Copwatch America docuseries.

After the show premiered, former Atlanta police officer Sung Kim was forced to resign for the shooting of Jimmy Atchison. Witnesses say the father of two say was surrendering with his hands up when he was shot in the face. The FBI Task Force attempted to arrest Atchison for his alleged involvement in an armed robbery. The APD police report stated at the time of the Atchison’s murder that “a follow-up interview is needed with Brogan to check the discrepancies in the two stories.” A witness to the alleged armed robbery told police that Atchison didn’t rob anyone.

The proposed Georgia law would require law enforcement to take significant action in officer-involved incidents such as:

* Report every use of force incident in writing,

* Ensure that the incidents are entered and maintained in a database that can be accessed by the public,

* and detail any and all law enforcement officers that have been disciplined as a result of the use of force.

If the legislation passes, law enforcement agencies will be required to update the database with the information from the previous month.

You can read more on this story from the links below:

Dontaye Carter Speaks to the FPRA about Protecting their Clients | 2019-11-21 | Post By: Admin